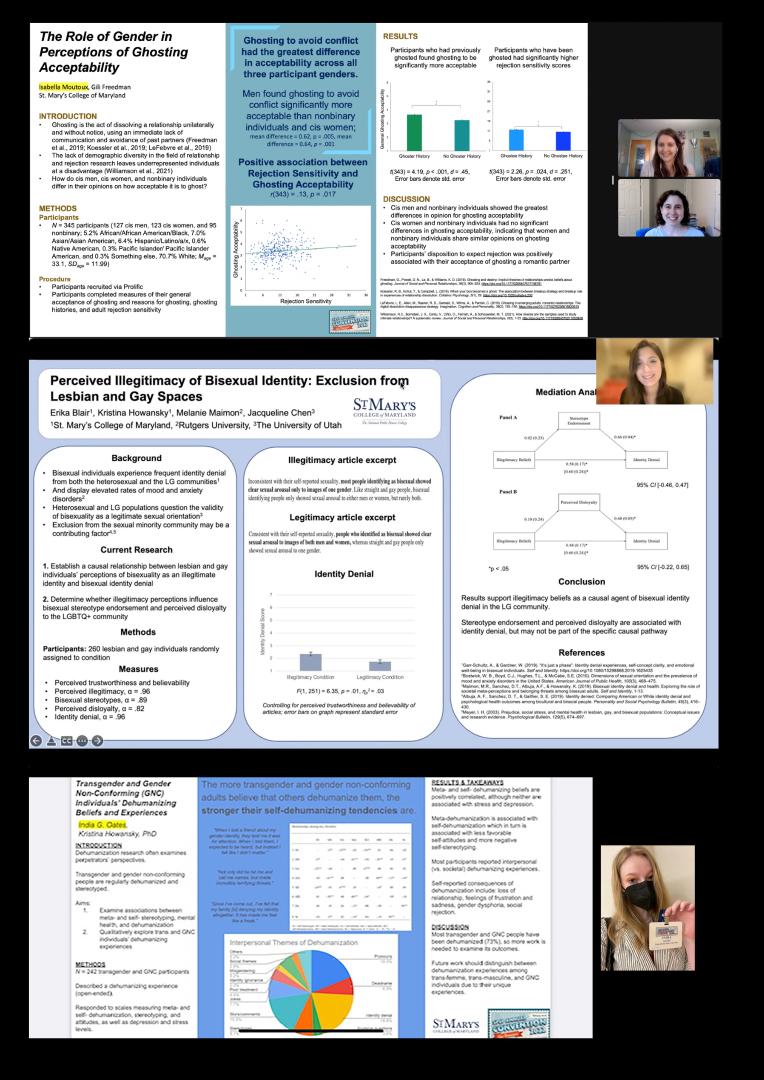 Moutoux and Freedman presented a virtual poster entitled "The Role of Gender in Perceptions of Ghosting Acceptability." This work, which was based on Moutoux’s 2021 SURF project, examined how acceptable people find engaging in ghosting (i.e., ending a relationship by cutting off all communication) based on their gender. Men, women, and non-binary individuals (N = 345) were presented with a set of reasons that someone might ghost and were asked to indicate the acceptability of each. In general, men and non-binary individuals showed the greatest differences in which reasons they considered acceptable. The reason with the greatest difference in ratings of acceptability was ghosting to avoid conflict such that  men, compared to women and non-binary individuals, felt that ghosting to avoid conflict was more acceptable.

Freedman, Drusano, and their collaborators presented a virtual poster entitled “‘Dear Future Woman of STEM’: Letters of Struggles and Advice from Women in STEM.” Women STEM majors in their junior and senior years of college (N = 89 women) wrote letters to first year women in STEM, and the letters were analyzed for themes of struggles and advice. The participants reported experiencing struggles such as discrimination, lack of belonging, being underestimated, and imposter syndrome. However, they also provided advice to help navigate these challenges including emphasizing the importance of forming a community, finding role models, and not viewing failure as indicative of character.

Blair, Howansky, and their collaborators presented a virtual poster entitled "Perceived Illegitimacy of Bisexual Identity: Exclusion from Lesbian and Gay Spaces." This work, which was based on Blair's St. Mary's Project, investigates whether lesbian and gay individuals’ perceptions of bisexuality as an illegitimate sexual orientation leads to greater denial of bisexual identity. They find a causal link between the delegitimization of bisexuality and bisexual peoples’ exclusion from the sexual minority community by manipulating LG people’s illegitimacy perceptions. Starting in fall 2022, Blair will pursue a PhD in Social Psychology at Virginia Commonwealth University.

Oates, a human research technologist at Penn State University's Empathy and Moral Psychology Laboratory, travelled to San Fransciso, CA, to present her and Howanky’s poster "Transgender and Gender Non-conforming Individuals’ Dehumanizing Beliefs and Experiences" in person. This work, which was funded by a $509 Mamie Phipps Clark Research Grant from Psi Chi awarded to Oates in the summer of 2021, aimed to identify how transgender and gender non-conforming (GNC) individuals experience dehumanization and examine how their beliefs about stereotypes may mediate the association between dehumanization and harmful mental health effects and the association between dehumanization experiences and self-dehumanization. Most participants reported interpersonal (vs. societal) dehumanizing experiences and self-reported consequences of dehumanization included: loss of relationship, feelings of frustration and sadness, gender dysphoria, social rejection. Further, meta-dehumanization was associated with self-dehumanization which in turn was associated with less favorable self-attitudes and more negative self-stereotyping. 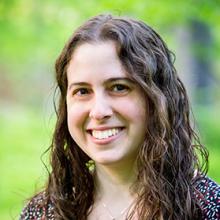 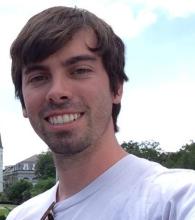