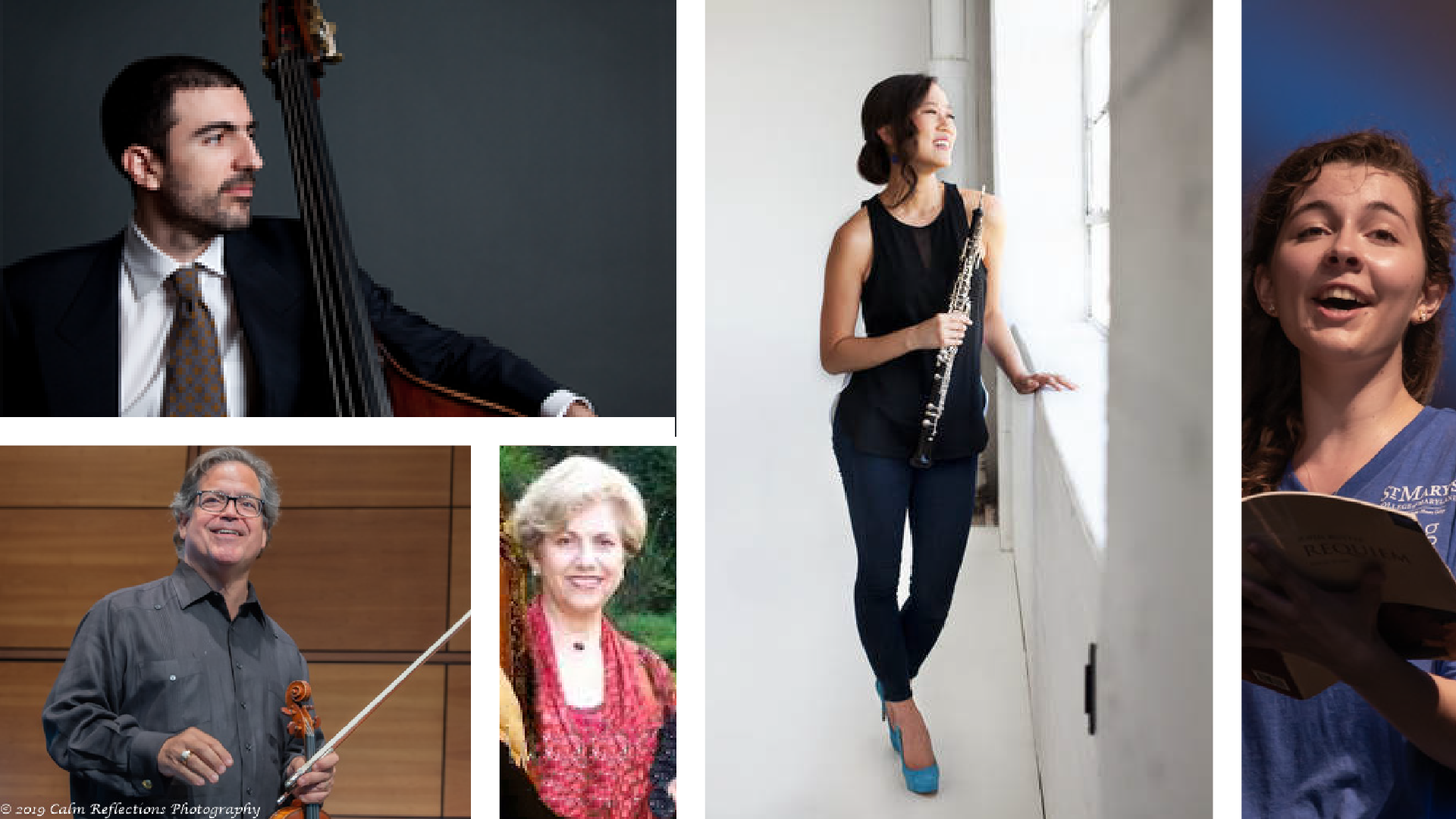 Introduction by Federica Boffa of Pio Cesare Wines in Alba

From St. Mary’s College of Maryland:

Rachel Steelman ’21 is a double major in psychology and music at St. Mary’s College of Maryland. Under the guidance of Associate Professor of Psychology James Mantell, she is researching intrinsic cross-modal associations with music. Steelman is a member of St. Mary’s College’s Chamber Choir and Ping Vocal Ensemble under the direction of Professor Larry Vote and the instruction of Joan McFarland. She is also an intern with the music department. Her performances include the soprano solo in the 5th movement of Brahms’ Requiem in Spring ’18, “I Know That My Redeemer Liveth” from Handel’s Messiah in Fall ’18 and Fall ’19, the soprano solo in the 7th movement of Rutter’s Requiem in Spring ’19, the role of Dido in the Purcell opera, “Dido & Aeneas” in Fall ’19. In her spare time, Steelman sings with the student jazz band “No Time Five,” is a wedding/funeral cantor and offers singing lessons to children and adults.

Argentine-born pianist Nancy Roldán has performed in venues worldwide, interpreting solo, chamber music, and repertory with orchestras. Several of her recitals have been broadcast live in Europe and the Americas. Special concerts include “Homage to Casals” (University of PR), the First Argentine Pianists’ Marathon at the Argentine Embassy in New York, Peabody’s film “The Mind of Music,” “The Golden Age of Tango” at the Library of Congress in Washington, D.C., the Festival of the Latin-American Arts in Pennsylvania, and several appearances in international festivals. In 2016, Roldán and violinist José Cueto were featured artists performing the opening recital at the Alba Music Festival in Piemonte, Italy, performing a full program with works by Astor Piazzolla that she arranged. Roldán has premiered works by Thomas Benjamin, Bryan Dykstra, Daniel Thomas Davis, Russell Nadel, Jorge Villavicencio-Grossman, and Andrew Gerle. She has also performed USA premieres of works by Argentine composers such as Carlos Guastavino, whose work she has championed since her early career. Her fascination with tango and the music of Astor Piazzolla motivated her to transcribe several of his works for violin and piano. These works are featured in her 2016 CD “Piazzolla, Here & Now” — recorded in collaboration with violinist José Cueto and actor Gabriella Cavallero. Previous recordings include “Horizons: Solo Piano Music of Latin America”; “Music of the Americas” with piano partner Noel Lester (1951-2016); “Celebrations, Music of Thomas Benjamin”; and “Argentina … Long Ago” featuring solo and chamber music from Argentina. She has also produced “On Wings of Angels” and “Remembrance” with José Cueto, and the 30th Anniversary Duo Celebration CD with Noel Lester. Throughout her professional career, she has held numerous international teaching and administrative positions. She is a graduate from the Universidad Nacional de Cuyo in Argentina and holds master and doctorate degrees from the Peabody Conservatory at the Johns Hopkins University.

Violinist José Miguel Cueto was born in Puerto Rico, where he received his early musical training. After graduating from the Pablo Casals Conservatory of Music of Puerto Rico, he was awarded scholarships from the Institute of Culture of Puerto Rico and the Peabody Conservatory of Johns Hopkins University, where he earned both his bachelor's and master's degrees, studying under Berl Senofsky. During his time at Peabody he served as concertmaster of the conservatory orchestra and was chosen to perform Vivaldi's triple violin concerto in the "Masters of Today and Tomorrow" concert series. Cueto is in great demand as chamber musician, having performed with the Kennedy Center, Tidewater and Casals Festival Chamber Players, Washington Chamber Society, Melos Ensemble with internationally renowned clarinetist Gervase de Peyer, La Gesse Festival in France, Autunno Musicale Veronese and Alba Music Festival in Italy, and Three World Festival in China. At home with both traditional and contemporary repertoire, he has premiered several contemporary chamber music compositions by composers of the Americas. With longtime collaborator Nancy Roldán, he founded Alborada, a chamber music ensemble.  Cueto is concertmaster of Concert Artists of Baltimore and the Chesapeake Festival Orchestra. He is a recording artist and serves as artist in residence and head of the string department at St. Mary's College of Maryland. He is also lecturer for the Elder-hostel program at the Peabody Conservatory of Johns Hopkins University.

Originally from Argentina, Pedro Giraudo moved to New York City in 1996. He is a highly versatile bassist, composer and arranger, performing in a wide variety of musical projects, with his own award-winning ensembles and as a member of several prominent ensembles, ranging from tango to jazz. He played bass on Rubén Blades’ CD “Tangos,” which won two Grammy Awards in 2014. Giraudo has collaborated with Grammy Award winners Pablo Ziegler and Paquito D’Rivera, as well as Branford Marsalis, Kenny Garret, Regina Carter, Nestor Torres, Miguel Zenon among many others. He was musical director of Tango for All’s “Blind,” Mariela Franganillo Company’s “Tango Connection” and “Tango Recuerdo” and has performed with prominent tango ensembles including Forever Tango, Hector Del Curto’s Eternal Tango, Fernando Otero’s X-Tango and Daniel Binelli’s Tango Metropolis. He has participated in numerous jazz and music festivals throughout the North America, Europe, Latin America, the Caribbean and Asia, and performed in venues such as The Blue Note (Japan & USA), Birdland (Austria), London’s Queen Elizabeth Hall, Jazz Festival Royale in Thailand, Kennedy Center (Washington, D.C.), Iridium, Jazz Standard, Blue Note, Lincoln Center and Carnegie Hall (NYC). As a composer and arranger, Giraudo leads his own jazz and tango ensembles and has been hailed by critics as one of the most creative and daring bandleaders on the scene today. His compositions combine his love of classical forms, Argentine tango and folk music, and the spontaneity of jazz improvisation. His discography is extensive, with “Córdoba” (Zoho Music, 2011) winning Latin Jazz Corner’s Latin Jazz Large Ensemble Album of the Year, Latin Jazz Boundary Breaking Album of the Year, South American Jazz Album of the Year and Latin Jazz Composition of the Year. “El Viaje” (Zoho Music, 2009) won Best Latin Jazz Album of the Year, Best Latin Jazz Large Ensemble Album of the Year, and Best Latin Jazz Composition.