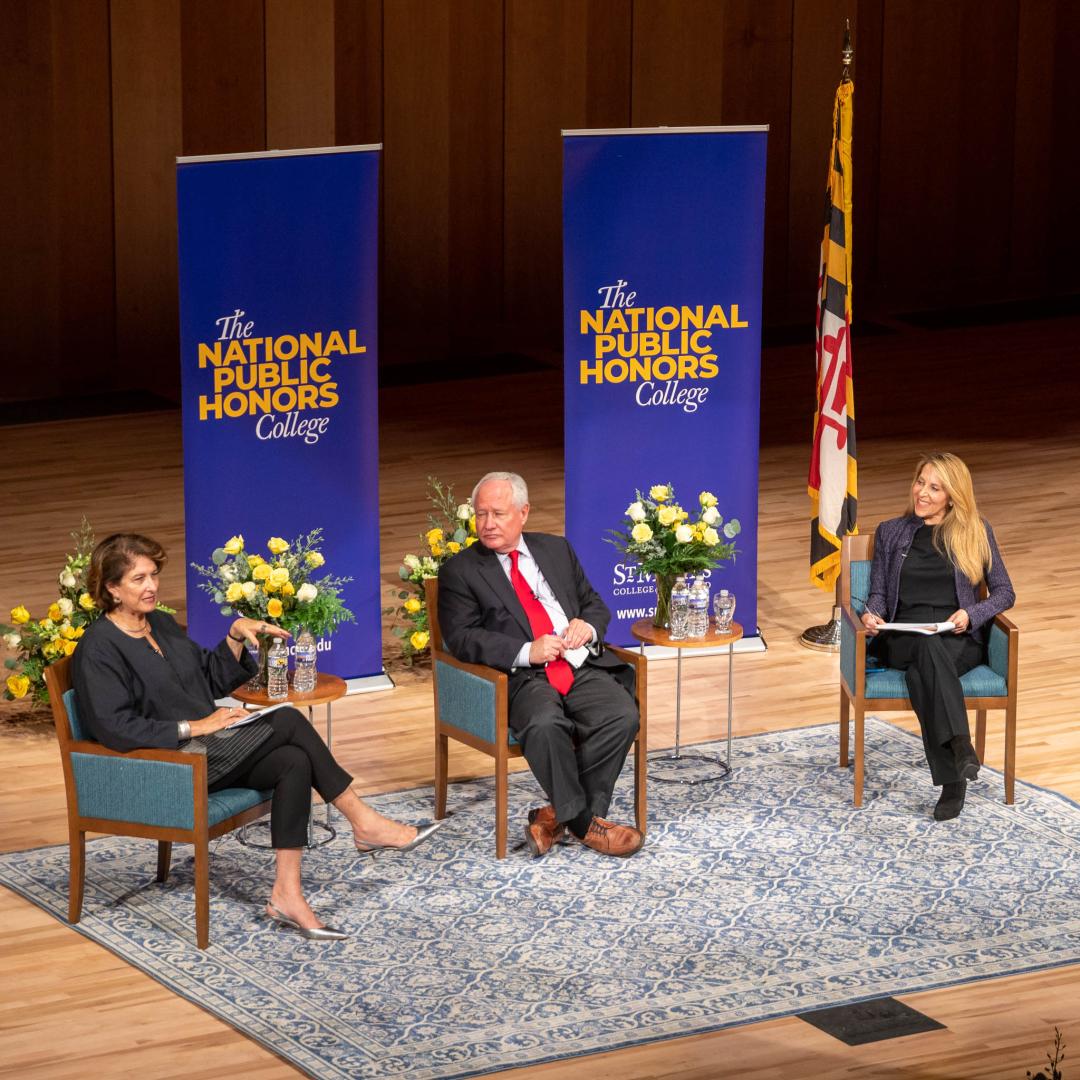 “Can the inalienable rights referenced by the fathers of the Constitution exist for all Americans in the 21st ce0ntury?”  That was the question posed to a national media panel before more than 350 students, faculty & staff, and community members on Friday evening, October 7, 2022 in the Nancy R. and Norton T. Dodge Performing Arts Center auditorium.

Moderated by Jessica Yellin, former Chief White House and Chief Domestic Affairs Correspondent for CNN and founder of News Not Noise, the panel featured Mara Liasson, a national political correspondent for NPR and frequent Fox News Channel contributor; and Bill Kristol, a dyed-in-the-wool conservative and founder of influential publications such as “The Weekly Standard” and “The Bulwark.”  (Jelani Cobb, scheduled to appear, was a last-minute cancellation due to a family emergency).

The panel's discussion ranged over a number of contemporary issues in American politics, including electoral reform, the Supreme Court, abortion rights, the 2022 elections, and more.  Audience members were also given an opportunity to ask questions, and weighed in on topics from all sides of the political spectrum.  The line of the night perhaps belonged to Liasson, who, in a discussion of free speech in the era of social media, quipped "Even though Al Gore did not invent the internet, the algorithm is named after him."

The panel discussion was part of the Presidential Lecture Series, and was funded by the College's Andrew J. Goodpaster Endowed Leadership and Honor Lecture Series.