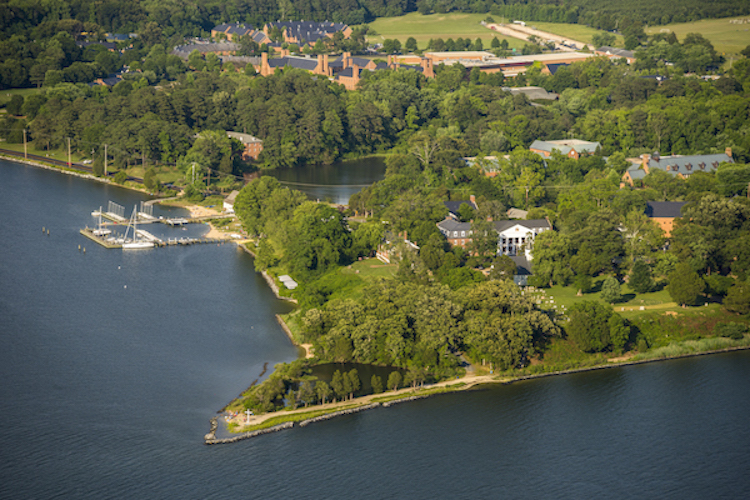 St. Mary’s College of Maryland recently launched an initiative to acknowledge the land on which the College sits and its historic links to Indigenous Peoples and their territories.

According to Argelia González Hurtado, assistant professor of Spanish, there was a shared desire from several members of the St. Mary’s College community to honor historical links between Indigenous Peoples and the College. This materialized with the 2020 Margaret Brent Award and Lecture – an imprimatur of the College that is officially bestowed by the College president and organized by the Women, Gender & Sexuality Studies program – which featured Sarah Deer who is a professor at the University of Kansas and an activist for Indigenous women.

Another factor was the unique educational mission of the College as The National Public Honors College which centers on, among other things, being accessible and diverse.  Thus, the College community will endeavor to continue to unearth and understand historic realities so that they inform the work of everyone on campus. This, in turn, enhances the College’s ability to become more accessible, inclusive and equitable, especially for those populations most affected by societal inequities.

As a result, members of the Women, Gender & Sexuality Studies program, in consultation with José Ballesteros, professor of Spanish and director of equity programing for The Division of Inclusive Diversity, Equity, Access and Accountability (IDEAA); Julia King, professor of anthropology; and members of the Piscataway Conoy Tribe, collaborated on the land acknowledgment pledge.

The pledge, which will be featured in permanent plaque installations across campus, included in faculty syllabi, and read at the beginning of events on campus, states the following:

We acknowledge that the land on which we are learning, working and gathering today is the ancestral home of the Yacocomico and Piscataway Peoples. We also acknowledge that St. Mary’s City was partly built and sustained by enslaved people of African descent. Through this acknowledgment, we recognize these communities and all those who have been displaced and enslaved through colonization.

The goal of the land acknowledgment pledge is not only to respect and honor the contributions of Indigenous Peoples and enslaved people of African descent, but to support and learn from all diverse communities in order to build a more sustainable future. 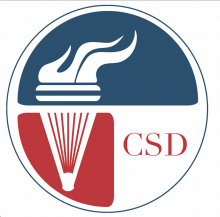 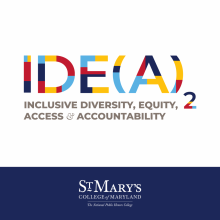 A Letter from IDE(A)2 in Response to this Week's Events
January 8, 2021
In
Inclusive Diversity, Equity, Access and Accountability (IDE(A)2) 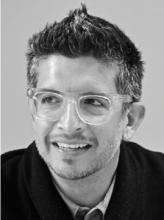