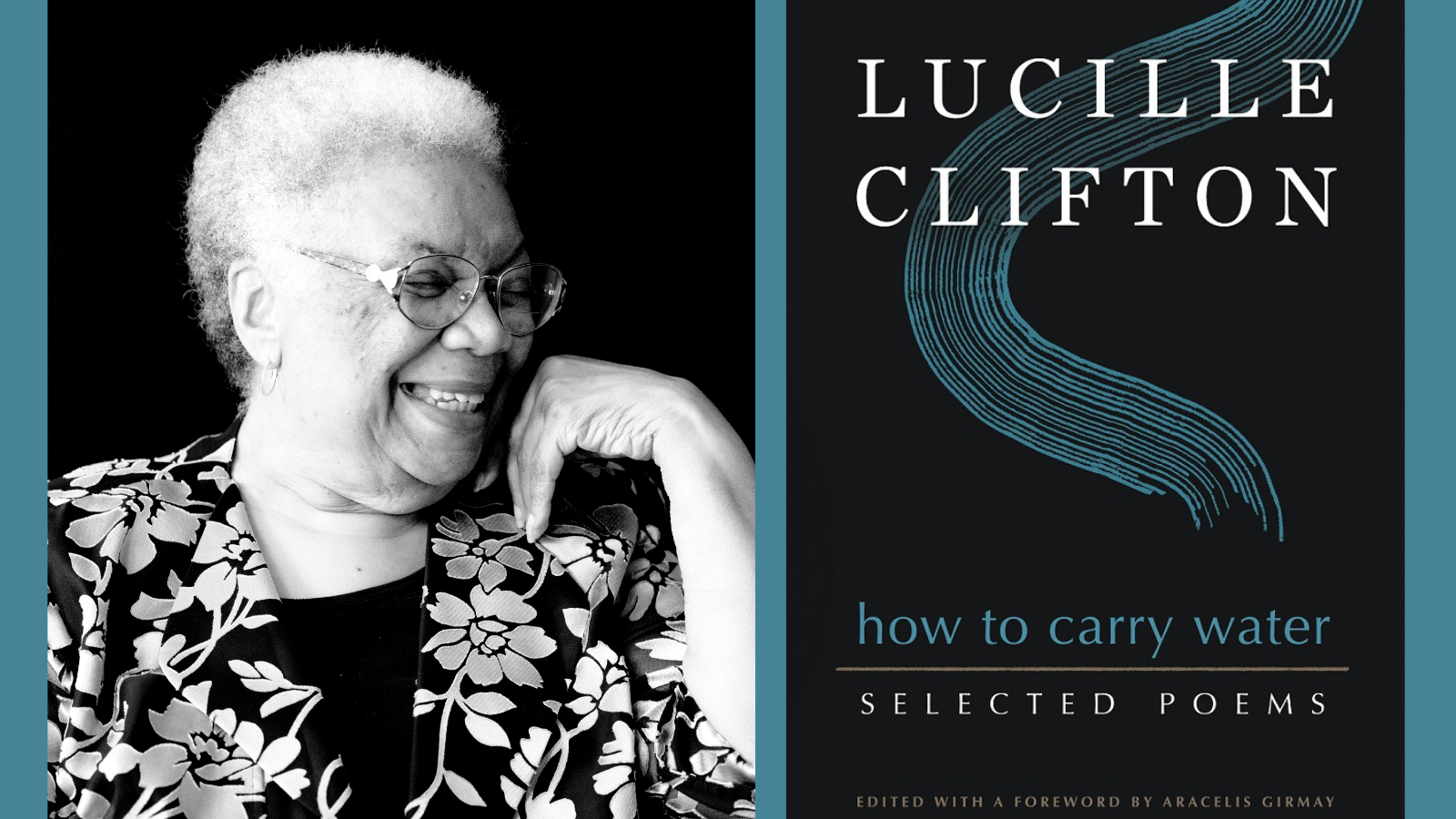 “How to Carry Water” celebrates both familiar and lesser-known works by former Poet Laureate of Maryland and St. Mary’s College Distinguished Professor of the Humanities Lucille Clifton (1979–1985), including 10 newly discovered poems that have never been previously collected. The poems celebrate Black womanhood and resilience and reflect intellect, insight, humor, and joy.  The late Toni Morrison once described Clifton’s voice as “seductive with the simplicity of an atom, which is to say highly complex, explosive underneath an apparent quietude.”  Award-winning poet Aracelis Girmay edited “How to Carry Water,” selecting the poems and introducing the collection.

Clifton (1936–2010) was an award-winning poet, fiction writer, and author of children’s books. Her poetry collection, “Blessing the Boats: New & Selected Poems 1988-2000” (BOA, 2000), won the National Book Award for Poetry. In 1988, she became the only author to have two collections selected in the same year as finalists for the Pulitzer Prize: “Good Woman: Poems and a Memoir” (BOA, 1987) and “Next: New Poems” (BOA, 1987). In 1996, her collection, “The Terrible Stories” (BOA, 1996), was a finalist for the National Book Award. Among her many other awards and accolades are the Ruth Lilly Poetry Prize, the Frost Medal, and an Emmy Award. In 2013, her posthumously published collection “The Collected Poems of Lucille Clifton 1965-2010” (BOA 2012), was awarded the Hurston/Wright Legacy Award for Poetry.