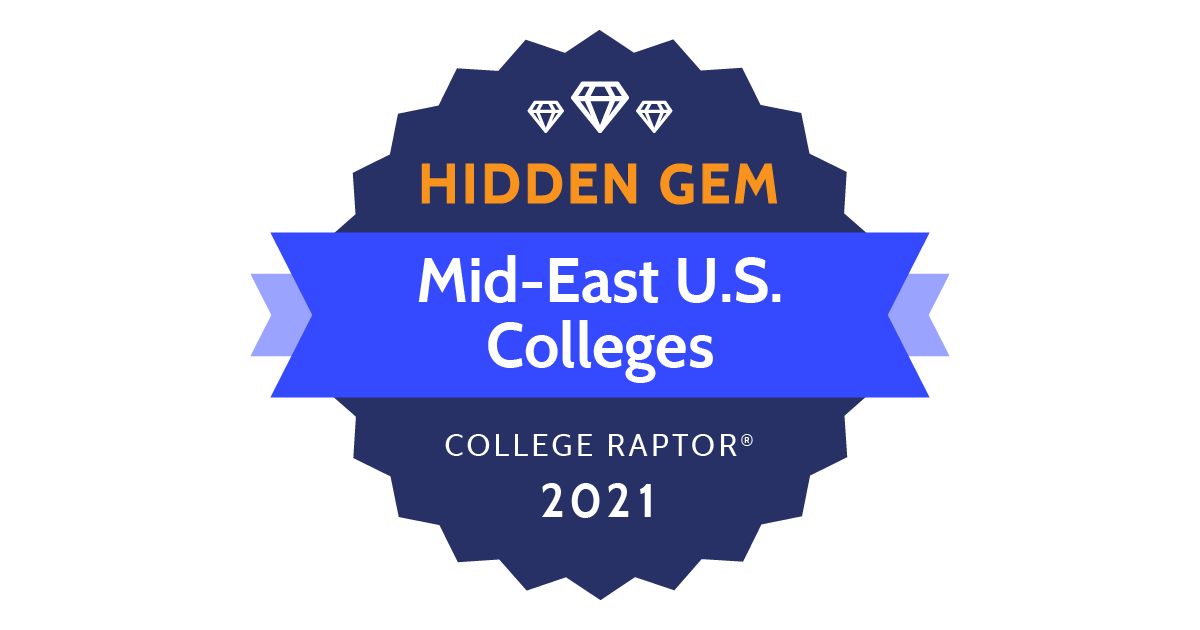 For the third year in a row, St. Mary’s College of Maryland has been listed as a Hidden Gem by CollegeRaptor.com, a higher education planning tool that offers side-by-side comparisons of colleges. St. Mary’s College was selected for inclusion in the Hidden Gems in the Mideast listing.

This selection recognizes St Mary’s College as one of the best colleges in the country, based on a combination of factors, including number of applications received, graduation rates, campus diversity, endowment per student, and other key metrics as reported via the National Center for Education Statistics (NCES) for the most recently available enrollment year.

St. Mary’s College was also recently recognized as the fifth best public liberal arts college by U.S. News & World Report and listed first among public liberal arts colleges in the nation from Washington Monthly “based on what they do for the country.” The College is also included in the 2021 Fiske Guide to Colleges, The Princeton Review’s “Best 386 Colleges” Guide for 2021, named a 2020-21 College of Distinction, and ranked among the “Best Colleges for Your Money” by Money.