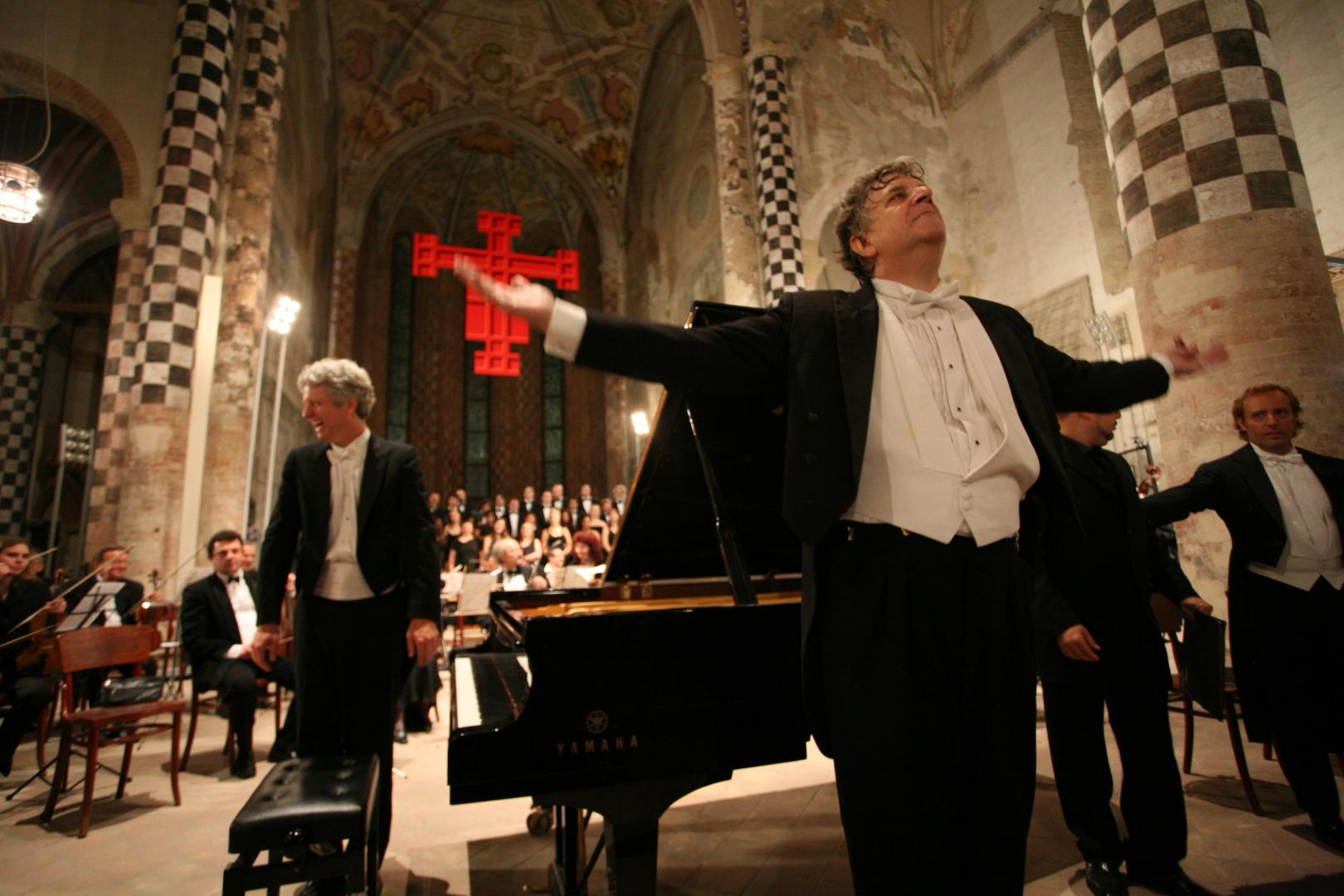 Pianist Brian Ganz will offer a free performance Tuesday, May 26, at 3 p.m. and 8 p.m. EST, as part of the 17th Alba Music Festival in Italy. This year’s performances are unique, as they are performed entirely online and live-streamed on the festival website. Ganz, who will share his performance with a baroque musical group, will begin his performance with a greeting to his online listeners in Italian and English, followed by a performance of a Chopin etude originally recorded at his home in the Washington D.C. area. That performance will be followed by excerpts from his last all-Chopin recital at the Music Center at Strathmore, recorded February 1, 2020. Works performed will include a mazurka, a nocturne, a waltz, and the great Polonaise-Fantaisie. Free access to Ganz’s concert can be found at https://www.albamusicfestival.com.

Ganz has performed for several years at the Alba Music Festival, a project launched by Italian and American artists, including faculty at St. Mary’s College of Maryland, where Ganz is on the piano faculty and is artist-in-residence. The music festival is held every spring in the town of Alba, outside Turin in northwest Italy.

“Although my last name is German, my father’s family is Italian,” Ganz said. “I grew up hearing Italian spoken every time we visited my father’s mother, whom we called ‘nonna.’ I then had the opportunity to live in northern Italy in 1981, in the region my grandfather grew up. I got to know so many of my relatives while I worked on my Italian and explored the Dolomite mountains. Those were some of the most magical months of my life.”

Ganz continued, “Returning to northern Italy for so many years to make music, taste the wonderful food, speak the language, and share the learning experience with students from St. Mary’s College was a source of great happiness for me. Although we will be listening online this year, it will nevertheless be a lovely reminder of the many pleasures of Italy. If you join me on Tuesday, be sure to listen with a glass of wine or a dish of gelato!”

Brian Ganz is widely regarded as one of the leading pianists of his generation. A laureate of the Marguerite Long Jacques Thibaud and the Queen Elisabeth of Belgium International Piano Competitions, Ganz has appeared as soloist with such orchestras as the St. Louis Symphony, the St. Petersburg Philharmonic, the Baltimore Symphony, the National Philharmonic, the National Symphony and the City of London Sinfonia, and has performed with such conductors as Leonard Slatkin, Marin Alsop, Mstislav Rostropovich, Piotr Gajewski and Yoel Levi. Recently, he performed at the Freer Gallery in Washington, D.C.

In January of 2011 Ganz began a multi-year project in partnership with the National Philharmonic in which he will perform the complete works of Frédéric Chopin at the Music Center at Strathmore. After the inaugural recital, The Washington Post wrote: “Brian Ganz was masterly in his first installment of the complete works [of Chopin].”

Ganz is on the piano faculty of St. Mary's College of Maryland, where he is artist-in-residence, and is also a member of the piano faculty of the Peabody Conservatory. He is the artist-editor of the Schirmer Performance Edition of Chopin’s Preludes (2005). Recent performance highlights include Chopin's Piano Concerto No. 2 at the Alba Music Festival in Italy, Mozart’s Piano Concerto K. 466 with the Virginia Chamber Orchestra and the Annapolis Symphony, Beethoven’s “Emperor” Concerto with the Billings Symphony, and a solo recital for the Distinguished Artists Series of Santa Cruz, California.

Alba Music Festival to Take Place Virtually
May 26, 2020
In
Music