Tredway Published in the Journal, Ethnic and Racial Studies, one of the American Sociological Association's top-tier journals 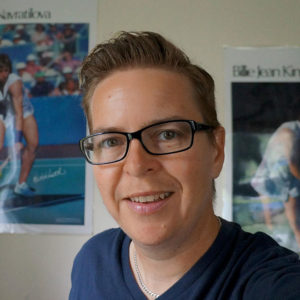 Visiting Professor of Sociology Kristi Tredway's article, "Serena Williams and (the Perception of) Violence: Intersectionality, the Performance of Blackness, and Women’s Professional Tennis," has been published in the journal, Ethnic and Racial Studies, one of the American Sociological Association's top-tier journals. The article can be accessed here: https://www.tandfonline.com/doi/abs/10.1080/01419870.2019.1648846?journalCode=rers20

Serena Williams is the most accomplished tennis player in the open era of professional tennis. She is also a Black woman which figures prominently in how she is (mis)understood in tennis. Tredway uses intersectionality as an interpretive framework to show how Serena fits within the social structure of tennis which was created within the white, upper-class social milieu. Within the lineage from this historic milieu, Williams is sometimes perceived to be violent; however, that perception highlights the ways in which Williams is positioned differently in this setting than her counterparts. Her outbursts are not more egregious than those of other players; however, Williams’s performance of blackness disrupts the expected tennis imaginary and attaches to her the extra imaginings of those features attached to blackness such as urban mannerisms, lack of respect for authority, and violence, which unjustly add extra weight for Williams to bear.

Assistant Professor Cognard-Black Published in Journal of the National Collegiate Honors Council
May 20, 2020
In
Sociology