Professor Angela Johnson to Discuss Women of Color in Physics 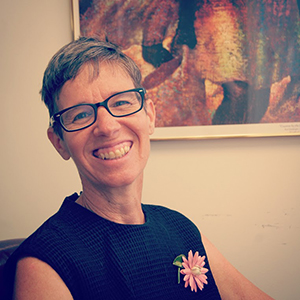 On Wednesday, Sept. 25, beginning at 4:45 p.m. in Goodpaster Hall, room 195, Angela Johnson, professor of educational studies, will present “‘I Can’t Really Think of Anything I Don’t Like:’ Locating and Learning from Universities Where Women of Color are Thriving in Physics.” The event is free of charge and open to the public.

In her first lecture as the G. Thomas and Martha Myers Yeager Endowed Chair in the Liberal Arts, Johnson will cover surprising patterns about the institutions where women of color study physics, and will share what two inclusive institutions she has studied are doing well, including St. Mary’s College of Maryland, whose own physics department has been successful at supporting women faculty.

Johnson will also talk about the findings of her undergraduate researchers, women physics majors, who are carrying out ground-breaking work to help make physics more inclusive: identifying the actions physics professors can take to better support physics students who are raising children, and exploring the nature of student to student interactions in physics.

Johnson was named the Yeager Endowed Chair in the Liberal Arts in August 2018. She graduated in physics from Bryn Mawr College and earned her doctorate in the social foundations of education from the University of Colorado at Boulder, with an emphasis in anthropology.  A former high school physics teacher, she has authored numerous articles and book chapters on the experiences of women of color in predominantly white science contexts and on other issues involving equity and excellence in science and science education. She has won two grants from the National Science Foundation totaling over $330,000 toward the study of inclusive practices to serve and support women of color in physics.  Johnson teaches courses in educational equity, assessment, educational policy, and research methods. 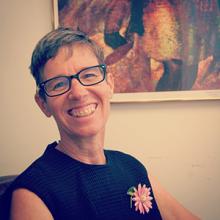 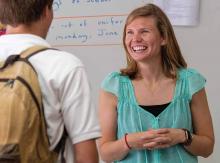 SMCM Alumna Kaitlyn Marsh ’13 An Archdiocese of Baltimore 2019 Teacher of the Year
November 26, 2019
In
MAT