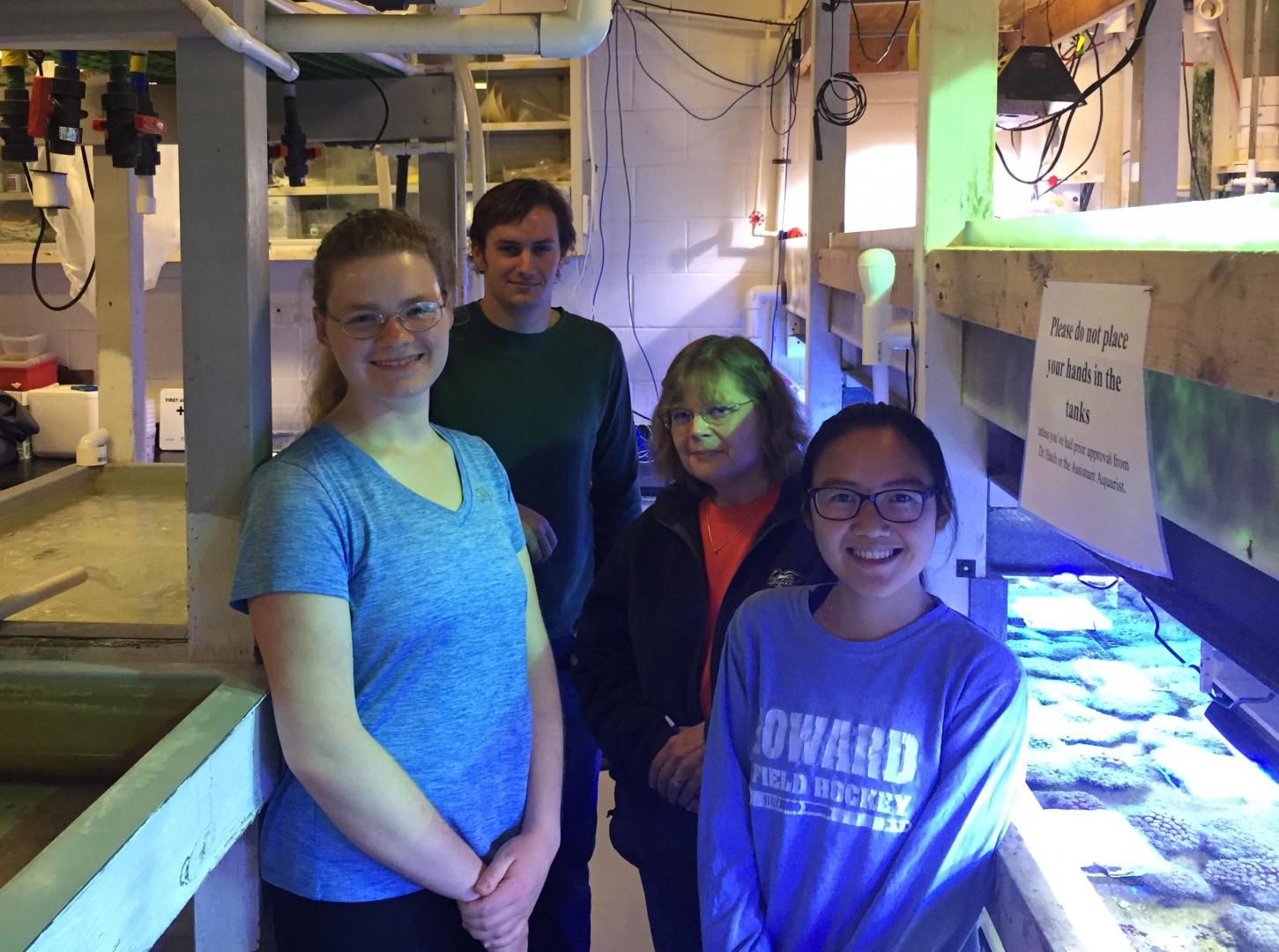 On December 2, the St. Mary’s College of Maryland Marine Microcosm Lab created by Professor Emeritus of Biology Walter Hatch hosted its first open house.  With an open invitation to coral reef enthusiasts throughout the mid-Atlantic region, St. Mary’s College student aquarists Colin Cassady ’19, Ava Chrisler ’20, and Nhu Chau ’20 were ready to show off their hard work in maintaining the huge aquarium system and propagating corals and other reef fauna in captivity.  The Marine Microcosm Lab remains the only tropical marine system of its scale and complexity at an undergraduate institution in the United States.  The open house was a success, renewing links to the Southern Maryland Marine Aquarium Society and its efforts to put aquaria in classrooms throughout the region.