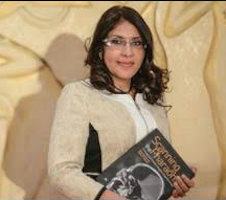 On Friday, Nov. 30 at 4 p.m., Sahar Saleem, professor of radiology at the University of Cairo, will present a lecture “Recent Research on Egyptian Mummies: Harem Conspiracy and the fate of Ramesses III: CT Scans of the Royal Mummies Rewrite History,” in Cole Cinema, Campus Center on the St. Mary’s College campus. The event is free of charge and open to the public.

Ramesses III who held reign over Egypt from 1186 BC to 1155 BC was considered The Last Great Pharaoh.  The end of Ramesses III life has long been debated. The ancient Judicial Papyrus documents that one of Ramesses III’s wives, Tiye, plotted to kill him and to overthrow his successor to get her son Pentawere onto the throne. The plot, known as the Harem Conspiracy, involved servants, administrators, and officers. According to the Judicial Papyrus, the coup failed, the conspirators were brought to trial, and 31 conspirators were sentenced to death including Prince Pentawere.  But it remained unsaid whether Ramesses III was actually killed as a result of the plan or not.

Recent computed tomography (CT) scans of the mummy of Ramesses III was able to find groundbreaking evidence about the ancient plot. CT scans of the ‘Screaming Mummy,’ the mummy with a haunting expression of agony at time of death housed at the Egyptian Museum in Cairo, suggests that it belongs to the disgraced Prince Pentawere. After many years of speculation, this recent research solved the 3000 year-old mystery and rewrote history.

Saleem is an expert in mummies and scanning of ancient artifacts using up-to-date technology CT. Saleem’s international publications are recognized worldwide. Her recently released book “Scanning the Pharaohs” co-authored with Egyptologist Zahi Hawass, describes the results of the authors’ studies of the royal Ancient Egyptian mummies using CT technology. The book is an encyclopedia of the famous Pharaohs and Queens that describes their ages at death, health, mummification techniques, objects placed within, and solved mysteries of their death. 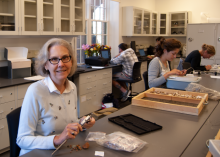