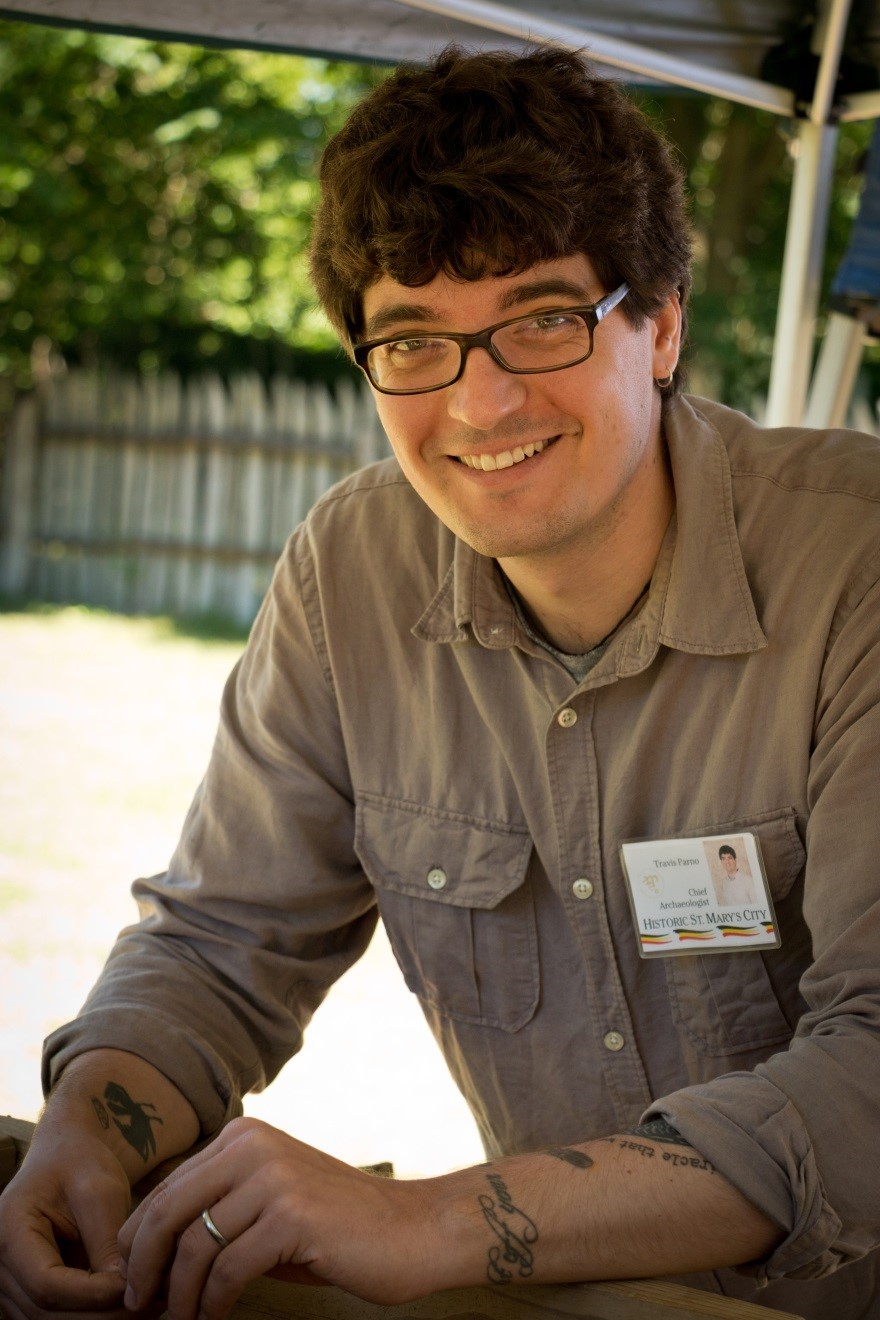 Travis Parno is the Chief Archaeologist at Historic St. Mary’s City. He has over a decade of experience excavating and researching historic sites in Maryland, Virginia, Massachusetts, and Bermuda. Travis received his B.A. in Anthropology from the College of William & Mary. During his time at William & Mary, Travis fell in love with historical archaeology while working at Jamestown. There he conducted research examining the cultural implications of Catholic artifacts dating to the early occupation of James Fort, an ostensibly Protestant site. Travis next moved across the Atlantic to pursue a M.A. in Historical Archaeology at the University of Bristol. His research remained focused on the 17th century, but navigated southwards, where Travis explored the nature of legal and illegal trade in the Caribbean colonies. He completed his graduate career at Boston University, where he received a Ph.D. in Archaeology. Travis’ doctoral dissertation investigated life at the Fairbanks House (located in Dedham, Massachusetts), one of the premier surviving examples of early 17th-century timber-frame architecture in the United States. Before arriving at Historic St. Mary’s City, Travis taught courses in archaeology, anthropology, and writing at Boston University and Brandeis University. He has also conducted archaeological work at a variety of other sites, such as an 18th-century church and 18th-/19th-century plantation on the island of Bermuda; a 19th-century mansion in Milton, MA; and a late 19th-/early 20th-century farm in Concord, MA. His primary research interests include colonial and postcolonial life in the English Atlantic world, agricultural lifeways, everyday expressions of religious belief, and the role of archaeology in museums. Travis is the author of various publications detailing his research and he has presented numerous papers at academic conferences beginning in 2007.