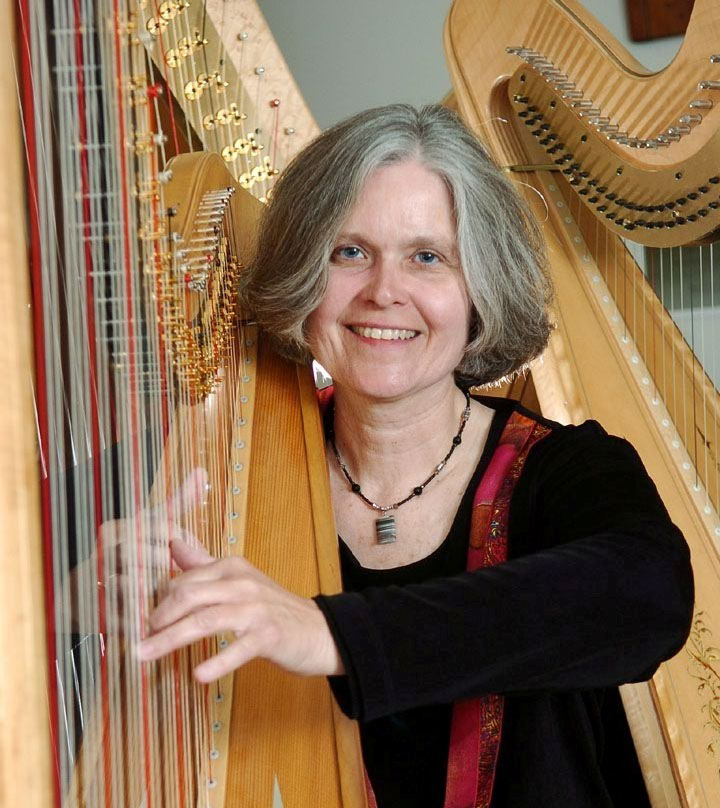 Rebecca Anstine Smith has enjoyed a distinguished career as a professional harpist and teacher for over 30 years. Her orchestral credits include The Kennedy Center Opera House Orchestra (1980-1990), The National Gallery of Art Orchestra, The Fairfax Symphony Orchestra, The Filene Center Orchestra at Wolf Trap, The Chesapeake Orchestra and The National Philharmonic Orchestra. In addition she has served as a guest musician for The National and Baltimore Symphony Orchestras. For the past few seasons, she has performed as guest artist with the Annapolis Chamber Players and the Third Millenium Ensemble. Co-founder of The Lafayette Square Duo with organist Michael Lodico, the ensemble has performed for L’Organo Series at Piccolo Spoleto, The National Shrine and as part of numerous recital series in the greater DC area. In 1991 she performed as a soloist for the American Harp Society’s National Conference and for the National Flute Association’s 1992 Convention. Mrs. Smith received the Bachelor of Arts degree, in music and French, magna cum laude, with departmental honors in music from Dickinson College. Upon graduation she studied with Jeanne Chalifoux at the Peabody Conservatory. There she received the Master of Music degree in harp performance. For many summers she studied with Alice Chalifoux at the Salzedo Summer Harp Colony in Camden, Maine. During the summer of 1975 she studied at Tanglewood with Lucile Lawrence. Rebecca has taught at Howard University, the Shenandoah Conservatory of Music, and the George Washington University and the University of Maryland, College Park. Currently she teaches at St. Mary’s College of Maryland and Anne Arundel Community College. Rebecca has presented workshops and Master Classes in Washington, D.C., Baltimore, Delaware and Philadelphia. Recordings include Benjamin Britten's A Ceremony of Carols with the Washington National Cathedral Girls Choir and Rising at Dawn, a CD of chamber music by Carson Cooman.