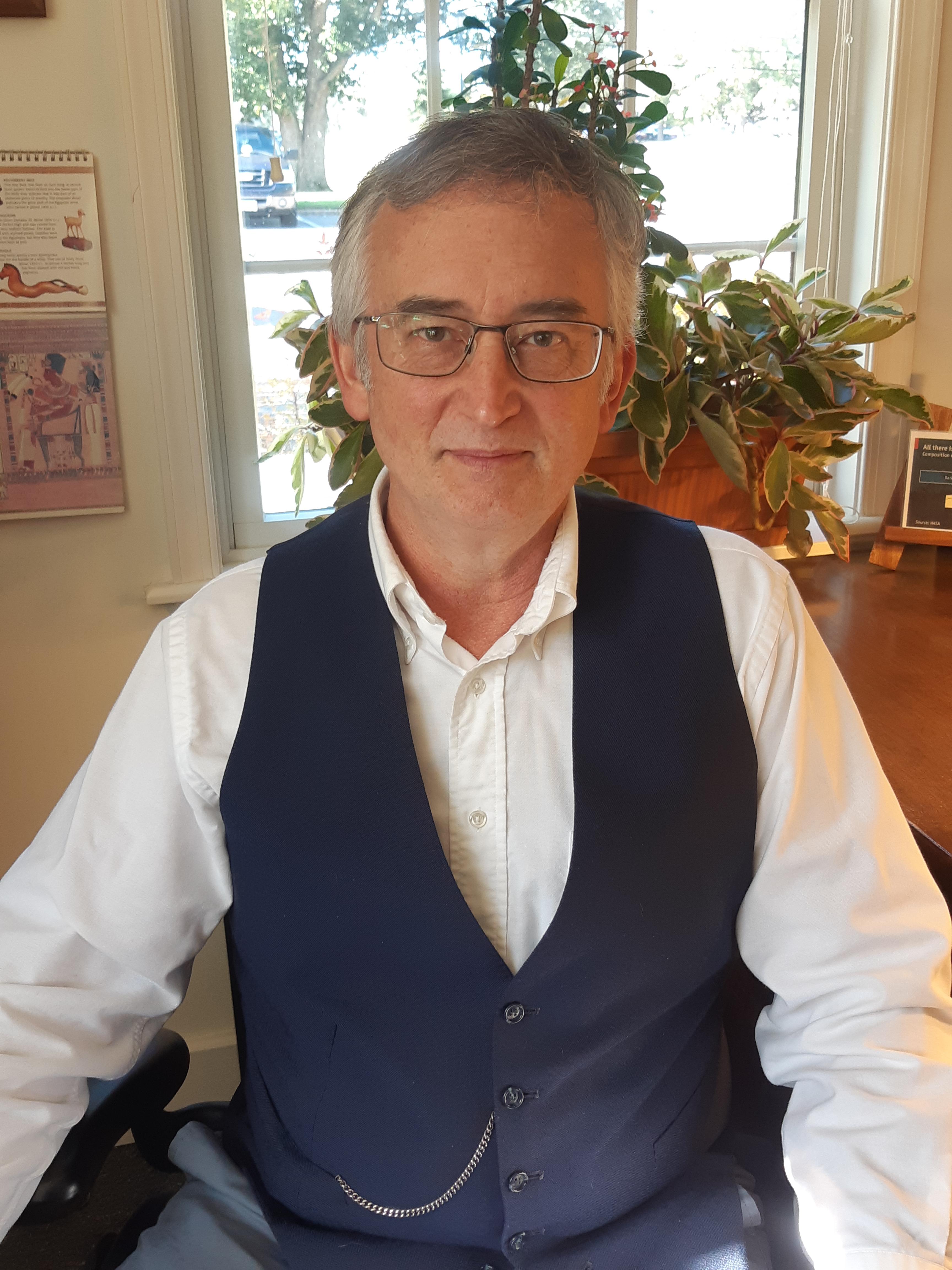 Having been born and raised in southern New England, and gone to schools north of that, Taber doesn’t thrive in July and August in southern Maryland. He does enjoy the other ten temperate months in southern Maryland, however--balancing college life with walking and talking philosophy with his wife (also a specialist in Ancient Greek philosophy) and with playing with their two labs  He spends most Junes in Greece, leading 15-20 students on the St. Mary’s study tour there. Since 2010 Taber has served as the coach of the St. Mary’s Ethics Bowl team, which has qualified for Nationals four times between 2012 and 2020.