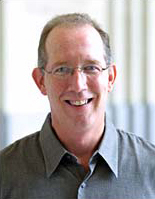 Dr. Michael Cain is the former director of the Center for the Study of Democracy and professor of Political Science at St. Mary’s College of Maryland.  He has also served as chair of the Political Science Department for five years.  Prior to joining the faculty at St. Mary’s College, Dr. Cain taught at the University of Mississippi, the University of Warsaw and University of Maryland.  Since 2002 he was as a senior technical adviser to the US government on energy development issues working in Bulgaria, Hungary, Kazakhstan, Macedonia, Romania, Tajikistan and Ukraine.  In 2007, he published an edited volume entitled, Fighting Poverty and Reforming Social Security: What Can Post-Soviet States Learn from New Democracies of Central Europe?  His work has appeared in national and international academic journals, covering a wide range of topics in domestic and international politics.  In 2011 he was a Fulbright Scholar at the University of Macau, China.  He has received post-doctorate fellowships from the Woodrow Wilson International Center for Scholars, the Kennan Institute and IREX, the International Research and Exchanges Board.  His most recent work “Linking the Caspian to Europe: Repercussions of the Trans-Anatolian Pipeline,” was published by the Rethink Institute(2012) in Washington DC where he also serves as a visiting fellow.