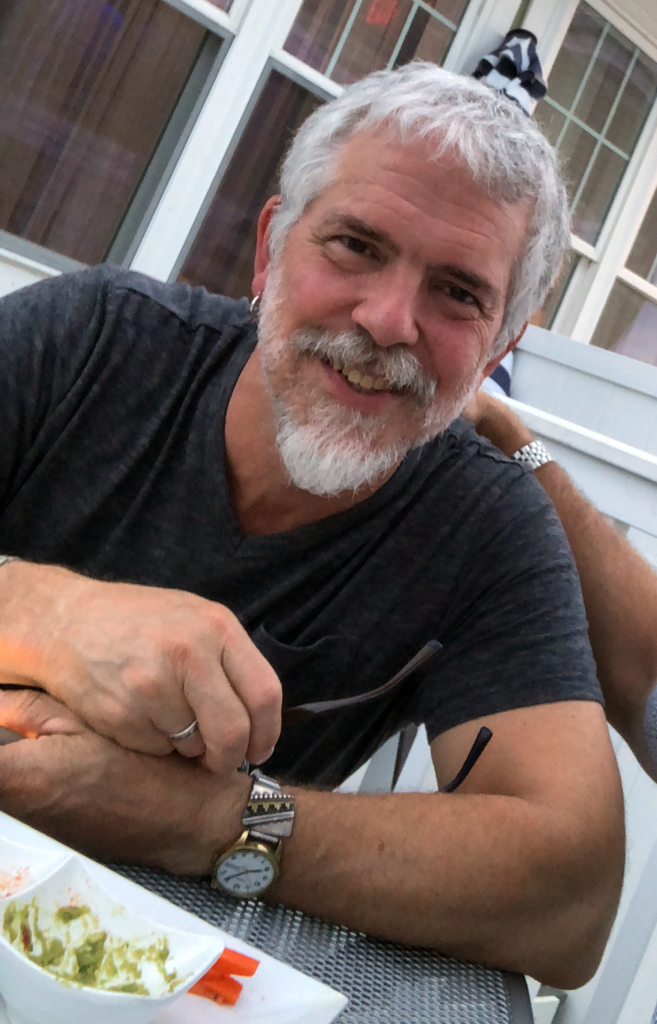 Mark’s route to teaching theater, film, and media studies at SMCM was adventuresome. Born and raised in Philadelphia, Mark escaped the mid-Atlantic for the Green Mountains of Vermont, where he completed his undergraduate degree in theater, with a minor in French literature, at Middlebury College. Before completing that degree (fall 1980), he attended the American Conservatory Theater Summer Training Congress in San Francisco, CA and made a short nine-week stop-over at Stanford University for some non-matriculated study in dramatic arts. While at Stanford, Mark completed his undergraduate thesis on Henrik Ibsen under the guidance of preeminent Ibsen scholar, Charles R. Lyons; took a course on Shakespeare from the great Ron Rebholz; and another on 19th century European thought from the phenomenal historian Paul Robinson. Spring and summer of 1981 gave Mark some breathing room before he started his doctoral work in dramatic arts at UC, Berkeley in October. In that interim, he performed the lead in Odon von Horvath’s Tales from the Vienna Woods and worked part-time for the Stanford University Business School.

Long story short concerning his doctoral career, after three years of seminar work, study, and research; two years of stage directing; and occasional performing, Mark was advanced to candidacy for the doctorate and headed to Denver, Colorado for two years, with four more further south in Colorado Springs. Alas, burn-out set in. Twenty years of schooling had done Mark in. So Mark abandoned the doctoral ship while in CO, took a long-and-winding road to a number of elsewheres, found himself waiting tables (good pay), lost himself in office-clerical work (bad pay), etc., then finally settled down to complete the dissertation and the doctorate 12 years after starting his journey to the PhD. The dissertation—a 450-page tome on select works of five contemporary European male dramatists—is ensconced in a box in the attic.

Two dogs, Frida and Zelda (pictured on this page), once lovingly owned Mark. They have both recently passed over the Rainbow Bridge. Mark is still bossed around by his four cats, however.