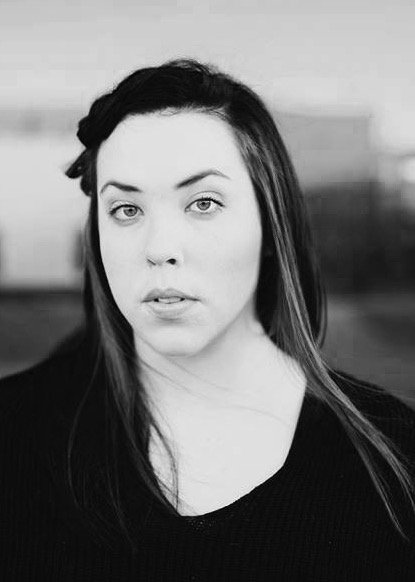 Leah Mazur, MFA, graduated from the Scenography program at the University of Kansas in May of 2017. She received her B.A. in Theatre Design with an emphasis in scenic design from Cameron University in Lawton, Oklahoma. Leah began her studies with an emphasis in performance with roles in Wit, Nine: The Musical, Almost, Maine, and The Shape of Things. Her first scenic design, Playhouse Creatures, set her on the path of observing women and gender studies surrounding the stage. Select scenic design credits include The Winslow Boy, Tartuffe, Nora, A Closer Walk with Patsy Cline, and Little Women (The Broadway Musical). Leah has also worked professionally in Kansas City, designing costumes for Spinning Tree Theatre's production of Amadeus and the Unicorn Theater’s productions of Hand to God and Eclipsed. She also designed costumes and lights for Kansas Repertory Theatre's production of Angel Street and the scenographic designs of R.U.R. at the University of Kansas; designs for R.U.R. received regional commendation at KCACTF's Region V Festival. Recent projects include the scenic and lighting designs for Kansas Repertory Theatre’s production of Next to Normal. Having completed a research trip to London and Stratford on Avon in November of 2016, Leah utilized her findings in completing her thesis at the University of Kansas in May of 2017, “Titus Andronicus: The Material Effects of Sexual Assault and Trauma as Represented Through Design.” Her thesis examined the repercussions of sexual violence on stage as well as the detrimental effects of the objectification of women in politics, media, and art. Before graduating with honors from the Scenography program at KU, Leah received the Kilty Kane award, one of the highest commendations within the department, for her work as an artist and scholar and for her embodiment of the KU spirit while she was a student there.