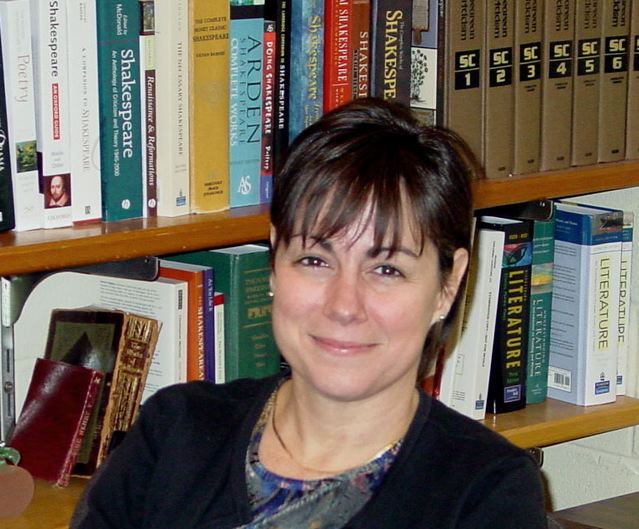 Beth Charlebois received her B.A. (Government) and M.A. (English) from Georgetown University and her Ph.D. in English from Northwestern University where she specialized in English Renaissance Drama. Her more recent writing and teaching focus on Shakespeare in performance, as well as other Shakespearean adaptations and appropriations. Beth lectures and leads workshops for The Chicago Shakespeare Theater for whom she established the Preamble lecture series, now a mainstay of the theater’s educational programming. A recipient of the Homer L. Dodge Award for Excellence in Teaching by a Junior Faculty Member, Professor Charlebois is passionate about her seminar, “Staging Shakespeare,” where students perform scenes from Shakespeare’s plays informed by historical research and early modern staging practices, a course that was inspired by her own participation in an NEH institute, “Shakespeare’s Playhouses: Inside and Out.” Beth’s professional work is increasingly devoted to the ways in which literature and drama may serve the public good and address issues of social justice. She served as The Scholar-in-Residence for Prison Performing Arts in St. Louis while on sabbatical, developing a hip-hop adaptation of Shakespeare’s Hamlet at a men’s maximum security prison in Bowling Green, Missouri and leading a creative writing workshop at a women’s correctional center in Vandalia, Missouri. Beth is currently working with PPA on a project that will culminate in a dramatic adaptation of Margaret Atwood’s recent novel, Hag-seed (2016) itself an adaptation of Shakespeare’s play, The Tempest.