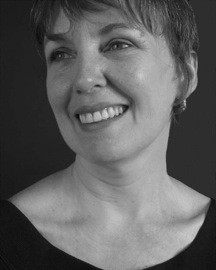 “Ms. Garth … has an exquisite ear for piano sound. One can think of no one better qualified to play this intricate, shining music.” - The New York Times “Garth is a pianist who boasts an exceptional warmth, beauty of sound, and vocality of phrasing” - The Boston Globe Pianist ELIZA GARTH has achieved international distinction as a performer of the music of our time as well as the standard repertoire, through her recordings and her appearances in major cities in the U.S., Europe and Asia. Widely regarded as an artist with a passionate voice and an adventurous spirit, she has championed some of the most demanding works in the repertoire. Writing for the New York Times, music critic Bernard Holland has stated, “Ms. Garth … has an exquisite ear for piano sound. One can think of no one better qualified to play this intricate, shining music.” One of her current adventures is The Enchanted Piano, a recital series she created, developed, and performs. The Enchanted Piano is devoted to music for piano strings, piano with electronics, prepared piano, and amplified piano, and has delighted audiences in the United States and Europe. In 2011 Ms. Garth collaborated with choreographer James Martin in the creation of The Enchanted Piano: Dances for Piano with Electronics, Piano Strings, and Amplified Piano, for five dancers and live piano performance. World premiere performances of this new version of The Enchanted Piano took place in October of 2011 in New York City. In 2012-13 Ms. Garth joined the worldwide celebration of the centennial of John Cage, performing his music in major cities, venues, and festivals. These included appearances in Manhattan under the auspices of the League of Composers/ISCM; at the Alba (Italy) Music Festival; at the University of Maryland at College Park (Clarice Smith Center for the Performing Arts); and in Chicago, as part of “a.pe.ri.od.ic presents A John Cage Festival” in collaboration with the renowned Floating World Gallery, one of the world’s foremost dealers in Japanese art. Ms. Garth’s recordings of the complete solo piano works of the eminent American composer Donald Martino (Centaur Records) have attracted national critical acclaim. The first of these, her debut solo CD, was the first-ever recording devoted entirely to Martino’s solo piano music, and was included in a New York Times survey of its own music critics’ favorite recordings of music written since 1945. A creative recitalist, in the 2009-2010 season Ms. Garth invited pianist Brian Ganz and percussionists Jonathan Haas and Sean Statser to join her in an evening of music featuring Bartok’s Sonata for Two Pianos and Percussion and George Crumb’s Music for a Summer Evening. After a performance in Merkin Hall (NYC) that was described in the New York Times as “mesmerizing,” the group was invited to repeat the Crumb work at the 2010 Alba (Italy) Music Festival. After graduating from The Juilliard School, Ms. Garth made her New York recital debut with a program of solo and chamber works by Alban Berg that included the Chamber Concerto For Piano, Violin, and Thirteen Wind Instruments, conducted by Harvey Sollberger. Since then, she has performed nearly 200 new works, including many written for her. Recent among these is Gradualia, a piano concerto by the American composer Scott Wheeler. Ms. Garth and conductor Jeffrey Silberschlag performed the world premiere of Gradualia at the 2006 Alba Music Festival, and the American premiere at the 2006 River Concert Series in Maryland. A founding member of the Chamber Players of the League - I.S.C.M. in New York City, Ms. Garth has also made guest appearances for the Chamber Music Society of Baltimore, the Rotterdam (Holland) Arts Council, Collage (Symphony Hall in Boston), the Twentieth Century Consort (the Smithsonian Institution), Parnassus, the New York New Music Ensemble, the Washington Square Contemporary Music Society, the New Music Consort, the Fromm Foundation concert series (Boston), and the Walker Art Center in Minneapolis, among many others. Ms. Garth’s recording (with violinist Rolf Schulte and cellist Eric Bartlett) of The Open Secret, by Pulitzer Prize winner Paul Moravec, is available on the CRI label. Her recording of David Froom’s Piano Suite, written for her with funding from the National Endowment for the Arts, is available on the Arabesque label. Her recordings for Opus One include the complete duo piano music of Frank Martin (with pianist Yolanda Liepa). Her broadcast performances have included the BBC Radio 3, WQXR and WNYC in New York, WBUR and WHRV in Boston, Radio de la Suisse Romande in Geneva, WGUC in Cincinnati, and WUSF radio and television in Tampa. Eliza Garth is a member of the faculty at St. Mary’s College of Maryland, where she directs Piano Festival by the River, a summer retreat for pianists. In 2005 she traveled to China with faculty colleagues to appear in the centennial celebration at Fudan University in Shanghai, and to give performances in Beijing and Dalian. Ms. Garth has been recognized by the Maryland State Arts Council with two Individual Artist Awards, most recently in 2010 for her performance of John Cage's Sonatas and Interludes.