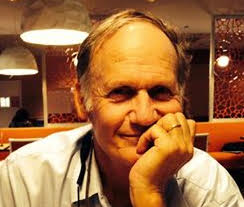 Daniel W. Ingersoll, Jr., Professor Emeritus of Anthropology, taught at St. Mary’s College from 1975 until 2011 when he retired.  His AB is from Harvard College (1966, anthropology) and his PhD from Harvard University (1971, anthropology).  Before arriving at St. Mary’s College, he taught at the University of Massachusetts, Amherst (Department of Anthropology), and later, participated in the restoration of Ft. William on Thunder Bay, as a researcher with National Heritage, Ltd., of Toronto.  Publications include, as co-editor with John E. Yellen, and William K. Macdonald, Experimental Archeology (1977) and co-editor with Gordon Bronitsky of Mirror and Metaphor: Material and Social Constructions of Reality (1987).   Academic interests: Western culture, myth, symbolism expressed in material culture, historic sites archaeology, and experimental archaeology.  Currently, with his wife, also an anthropologist/archaeologist, he is conducting research on the Rapa Nui (Easter Island) landscape and Polynesian navigation.  Recently he has been collecting data on the use of pesticides and their impact on the environment and food.  Additional information can be found in the curriculum vitae attached to this web page.