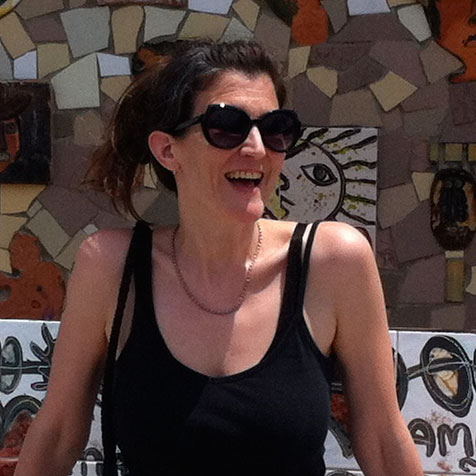 Amy Steiger is a native of Louisville, KY, and holds a PhD in Performance as Public Practice from the University of Texas at Austin. She has a particular interest in community-engaged processes and performance as research, and studied at the Cornerstone Theater Company Summer Institute in Los Angeles in 2010. Amy has worked with students to develop a method of training and rehearsal that combines dramatic literature, ensemble and solo performance, community-based research, and civic dialogue, about which she published, “Re-Membering Our Selves: Acting, Critical Pedagogy and the Plays of Naomi Wallace,” in Theatre Topics. At the University of Louisville, she most recently worked with the Anne Braden Institute for Social Justice Research to create a project commemorating the 60th anniversary of the Wade-Braden case, an important event in Louisville’s civil rights history. She also directed PLAYS: A Play, which was devised with students in collaboration with local sports fans and players; Something Old, Something New, Something Borrowed: A Theatrical Documentary About Marriage, also devised with students about marriage equality and the cultural significance of weddings; and A Perfect Wedding, by Charles L. Mee. Directing credits at The University of Texas include The Trojan Women: A Love Story, also by Charles Mee, and The Trestle at Pope Lick Creek by Naomi Wallace. As part of the ensemble at The Bard’s Town Theatre in Louisville, she performed in 44 Plays for 44 Presidents, Reduction in Force, Mad Gravity, as the title role in Misses Strata (an original adaptation of Euripides’ Lysistrata), as Catherine Croll in Gina Gionfriddo’s Rapture, Blister, Burn, and acted and directed annually in the company’s Ten-Tucky Festival of Ten Minute Plays. She performed as part of Theater [502]’s original “Ludlow Quinn Presents” series, and was Assistant Director of their production of Sarah Ruhl’s Dead Man’s Cell Phone. At Actors Theatre of Louisville, she directed in the New Voices Young Playwrights Festival and was Associate Director of Cruising the Divide, a community based project created for the Acting Apprentice Company.