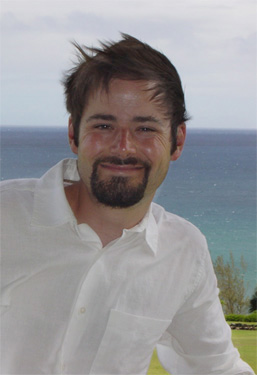 Colby Nelson was born and raised on the West Coast, where he received his undergraduate degree at the University of Southern California and his M.A. and Ph.D. at the University of Washington. He has been at St. Mary’s since 2005 and teaches classes about nineteenth- and twentieth-century American literature. He enjoys teaching classes on a variety of topics such as detective and crime fiction, the Harlem Renaissance, James Baldwin, and postmodern theory. In his spare time, he spends a great deal of time developing very strong opinions about the solo career of Paul McCartney, why music in the 80s is terrible, and which grunge bands from the Pacific Northwest are underrated. His hobbies also include spending time in the kitchen cooking all kinds of food for his beautiful kids, Harper and Matilda. There’s also a goofy but lovable dog named Gracie who is often hanging out with him (especially when he’s in the kitchen).